San Sebastian is a city that lives facing the sea, with fantastic parks… but to see and not touch. With the excuse of live music, each season Musika Parkean, with the motto “Please, step on the grass!”, invited us to enjoy something as British and civilized as the picnic.

From a spring day in 2010 in the Cristina Enea Park in San Sebastian, between April and September, a picnic with live music was held every month and in a different park, always, of course, with the approval of the good weather of the Cantabrian Sea. 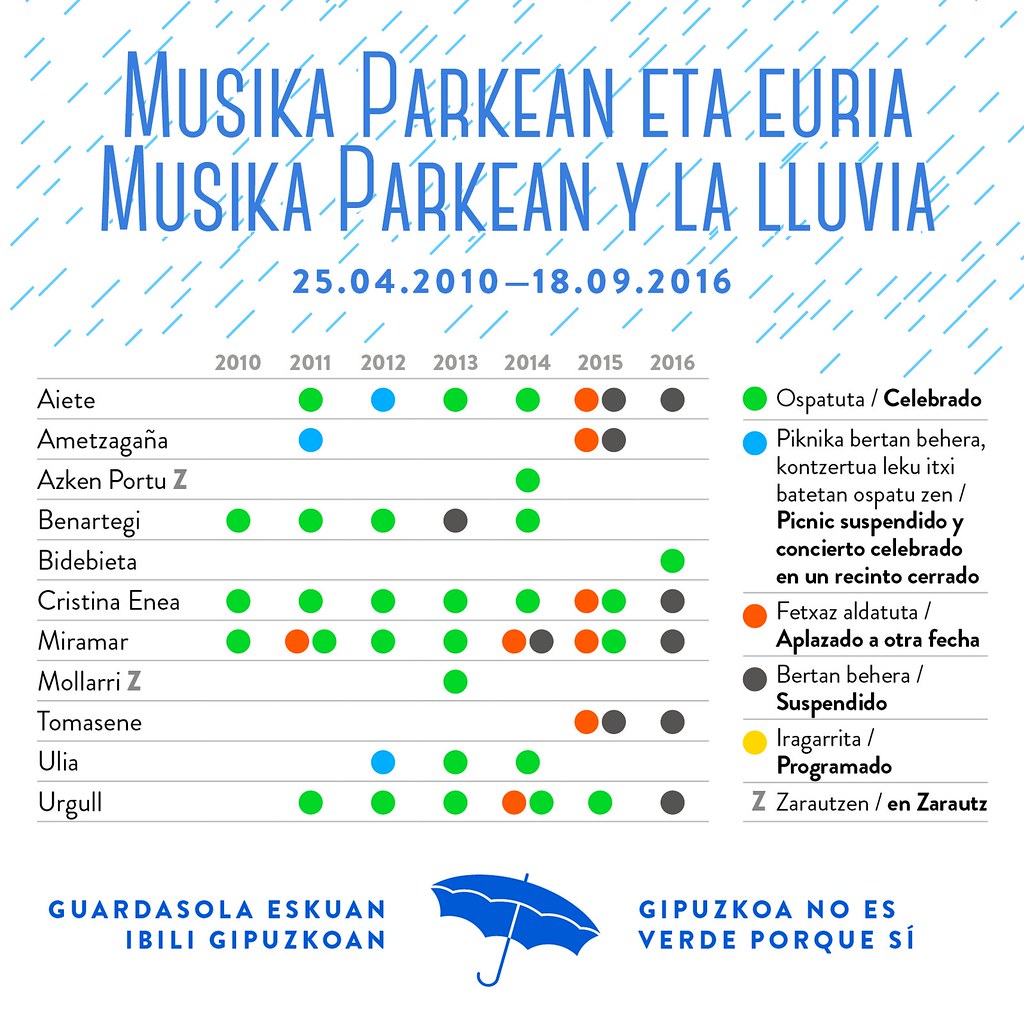 Between 2011 and 2016, 41 editions were presented: some were postponed due to rain, others were suspended, but many others were held.

A total of 51 calls were made, for which we prepared posters, banners, press kits and other promotional materials, and the design and development of the website that we renewed each season.